Aurubis and enercity will be using industrial heat to power the Hamburg district of Hafencity East. This is the first time that an entire district will be almost completely supplied with industrial heat from industry.

The heat is extracted when sulphur dioxide gas is converted to sulphuric acid during copper smelting and this heat is nearly free of carbon dioxide (CO2). Using this heat will save 20,000 t of CO2 emissions per year, both through its use at Hafencity East and at the plant, where it will replace the natural gas used currently to produce steam. In Hafencity East alone, about 4,500 t of CO2 will be saved every year by 2029.

The Hamburg Aurubis plant has three lines, each of which can provide 160 million kilowatt hours (kWh) annually. One line will be enough to supply Hafencity East and it is hoped that the other two lines can be converted in future.

CONTRIBUTING TO A SUSTAINABLE AND CLIMATE-FRIENDLY HEAT SUPPLY

This agreement is one of ten case examples in the project “Flagships of Energy-Efficient Industrial Heat Use” started by the German Energy Agency.

Aurubis is investing €17 million in converting the plant, including moving the heat pipeline to the plant boundary. Thirty percent of this money will be funded by the German Federal Ministry for Economic Affairs and Energy.

enercity are responsible for collecting, securing and transporting the heat from the plant. They will build a new heat transport pipeline and a power station to balance the fluctuations in industrial heat volume. enercity will invest around €16 million, with approximately thirty percent being provided by the European Regional Development Fund.

Thanks to this project, Hamburg would become the first entire district to be almost completely supplied with industrial heat. Using all three lines could supply nearly 500 million kWh of heat and cut around 140,000 t of CO2 each year. 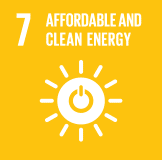 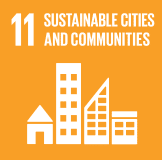